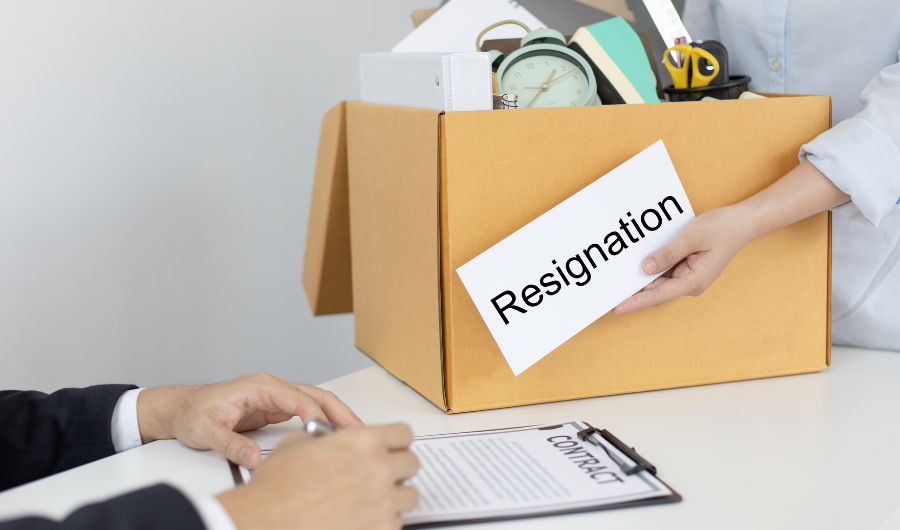 Big resignation, flop of the US phenomenon: 30% of workers turn around

“Great Resignation”, after less than a year 30% of candidates would be willing to go back

It exploded in the United States, spread to Europe and also landed in Italy: “Great Resignation“(that’s how they defined it overseas), that is the big one escape of millions of professionals from his post-pandemic workplace, he already seems to have lost “appeal”. It should be remembered that in our country, in the second quarter of 2021 the resignation boom was 85%, while in the third the average was 26.7%. Impressive numbers that deserve to be analyzed.

“Finding the explanation for these data, he explained Joelle Gallesi, managing director of Hunters Group, a search and selection company for qualified personnel, it’s not that simple. The push towards the new could have been the response to the long months in lockdown or simply an unstoppable change in the perception of one’s work, of the times and spaces of the office or, perhaps, to the natural and human desire for the new, which has been instilled in those who have not had the opportunity to emerge from their domestic spaces. There is, however, another face of this fnor that it is equally important and that we cannot ignore: many of those who have changed jobs, already in the first three or six months from the beginning of the new professional adventure, re-evaluate the choice and would be ready to change again because they realize that they have made this decision about wave of emotion rather than on the basis of a real career plan “.

New job and degree of satisfaction: the Hunters Group survey

Hunters Group, a research and selection company for highly qualified personnel, conducted a survey – among about 1000 candidates – to investigate the level of satisfaction of people who, in the last six to twelve months, have chosen to undertake a new career path. 38% are very satisfied with the exchange rate, 30% quite, 17% little and 15% not at all. The situation of instability generated by the health emergency has changed, at least for 53% of respondents, needs and requirements and has influenced their choice.

What are the reasons that have encouraged the change? Also in this case the picture is very clear: 40% of the profiles moved for the possibility of professional and economic growth, 23% for the mission and corporate values ​​of the new company and 11% for the training opportunity. .

“These data, added Joelle Gallesi, show with even greater clarity how much the last few years have radically changed the our way of experiencing work and it shows us how much people, even in a period of great uncertainty such as that marked by the health emergency, have been and still are inclined to change in order to look for companies that are closer to their values ​​or their needs “.

The big resignation on the contrary: some candidates would return to work in the old company. 29% of respondents would be willing, if they could, to return to the company they left. These are mainly senior figures who have gained at least 7 years of experience.

The general impression is that many changes have been made more on the wave of the search for the new, rather than on an overall vision of the new organizational structure. This has generated, in an ever increasing number of cases, a situation of frustration and discontent linked to the change because it may happen that, in reality, the expectations of the candidates are not always confirmed.

The same interviews, often carried out remotely and without ever having had personal contact with future managers, or the lack of possibility of get in touch with side figures with respect to one’s role or simply to personally visit one’s workplace have made, on the one hand, the evaluation of the change simple, but on the other hand they have complicated on-boarding and the creation of the relationship in the new company.